I've always had a love-hate relationship with running; the hate part started first.  I was a competitive swimmer for a long time and, by nature, we usually have an ingrained distaste for running.  I only had to run the mile once in high school during a PE class, and it was miserable.  Once I started playing Ultimate in college, running and I became friends for the most part.  We were the kind of friends that instantly get along very well, and laugh all day and spend far too much time together.  Then, on account of spending far too much time together have some sort of blowout and don't speak for 1-2 weeks.  Luckily, since we are all grown-ups here, the friendship can be healed with rest, ice and perhaps an unhealthy amount of ibuprofen.

Now, I would like to say that I love running, but really I think I love the idea of being a runner.  I want to be able to just throw on my shoes and take off for an hour in whatever weather just to enjoy the sound of my feet hitting the pavement.  I want to take a quick jog every morning before sitting at a desk all day, but for me it isn't that easy.  At times in the last few years, I've done many triathlons and felt like a decent, competent runner . . . 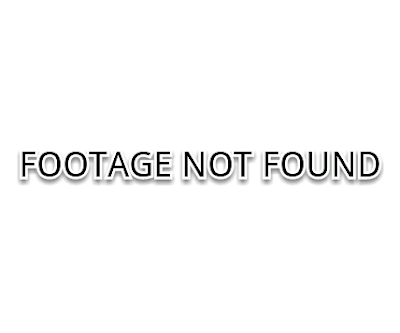 . . . but at least half of the time, this all to well describes my plight. 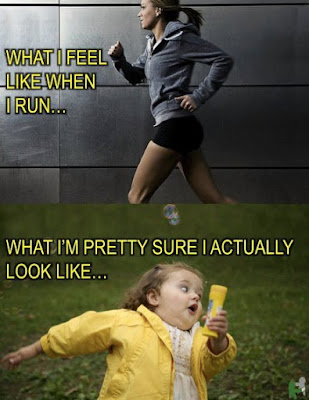 This all comes up because last Saturday two of my friends wanted to go on a trail run along the McKenzie River.  I loved the idea, the fall color here has been truly spectacular and I am not one to say no to a morning outside.

Well it was a disaster.  Off and on in the past years, I have suffered from IT Band Syndrome (ITBS) in both legs.  The "S" happens when the "ITB" gets so tight and inflamed that it tugs painfully at the knee or hip.  While not a terribly severe ailment, it is excruciatingly painful.  Due to this and other sporadic injuries, a typical attempt to run ends in failure far too often.  I've assembled this flow chart so that I know right away whether my run will succeed or bomb. 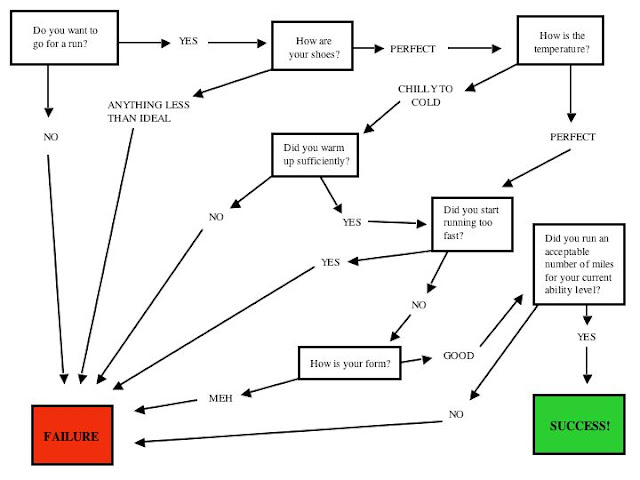 As you can see, there are many opportunities for failure.  Last weekend, they nearly all happened.  If you are thinking, "It can't be that bad.  How could a little trail run really be so hard ?"  Well follow along closely and you will see.

1)  Sit in the car for at least an hour before your run.
2)  Don't stretch, jog for a few minutes then think, "Damn, I really should stretch."
3)  Stretch
4)  Continue jogging at a slightly less than comfortable pace for a few more minutes.
5)  Go to the kitchen, grab a steak knife and jam it into the side of your right knee; this is what ITBS feels like.
6)  Walk for a bit to loosen up, then continue jogging at a MUCH slower pace.
7)  In order to jog properly, you must remember that you now have almost no flexion in your right knee  so you don't get to bend it.  To run like this, you must stay almost all the way on your right toes.  I call this "Barbie Leg."
8)  Because you are now favoring your left leg so much, it starts to tighten up.  You know what to do with the steak knife.
9)  Attempt to jog a few minutes at a time with double Barbie Legs.
10)  Hobble instead
11)  Resort to picking up rocks and punishing your IT band into submission.  This works for about 60 seconds.
12)  Finally make it back to the car.

After a run like that it takes at least a week and plenty of one-on-one time with my foam roller for my knees to feel the same again.  So I guess for now running and I are on a break.  I can go for a walk, I can ride my bike to get some fresh air here and there, but it's just not the same.  Next time I see a slim girl prancing down the road, her ponytail swinging carelessly as she runs, with no hobbling or Barbie legs . . . I'm running her over with my bike.

Posted by Katie Paulson at 7:01 PM