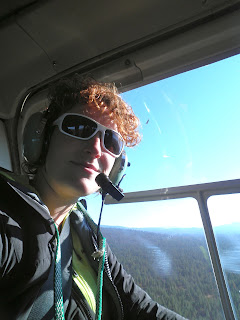 On Saturday, at a leisurely pace, Lauren and I headed toward California.  After about 100 miles the Willamette Valley fog gave way to much needed sunshine.  We followed the highway as it wrapped around Mt. Shasta and took us East, toward the town of Burney and the Pitt River.  Determined to find accessible hot springs, we drove to the small town of Big Bend, population: fishermen.  One hot spring was closed for renovations as it was not up to code so we drove to where the road should have been to take us to the other spring.  Apparently, since the book's publication in 1997, the road had been blocked off and grown over.  It was getting dark and the mile plus walk in unfamiliar territory didn't sound like a great idea.  Hot spring fail.

It was time to find somewhere to camp so we drove the winding back roads looking for possibilities.  Although the area felt remote, no trespassing signs were everywhere and with the theme from "Deliverance" playing in our heads we decided not to risk camping on private property.  We stopped at the "Big Bend Community Clubhouse" to ask some grisled anglers if they knew of an area we could sleep for the night.  We ended up pitching our tent next to the Pitt 5 dam in a wide open campsite.

The next morning we met Ray for breakfast in Burney and headed out to do some recon.  Pacific Gas & Electricity has offered to support a Masters student to investigate the faults around their facilities, specifically the Pitt 3 dam.  We were in California to determine if there is enough substance for a thesis.


The day began at the Rocky Ledge fault: 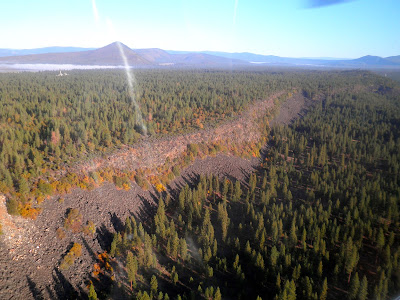 And then through the Hat Creek Graben: 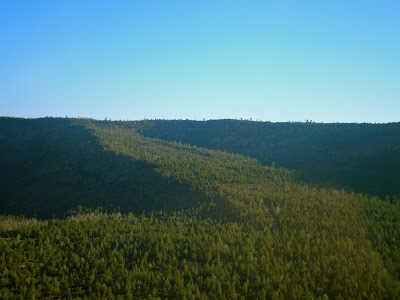 And up and down the Pitt River valley: 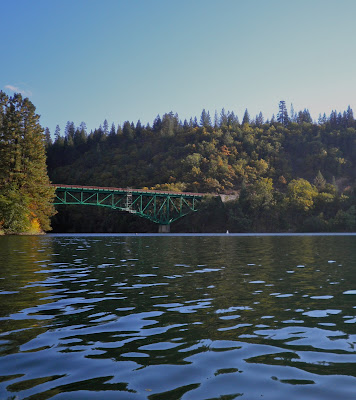 The sun was shining and autumn color was beginning to blanket the forest understory. 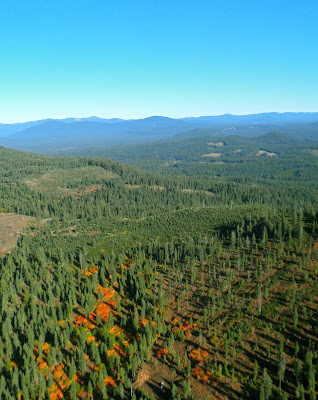 After dinner at a small cafe in town, we set up in the State Park campground and settled in for the night.  Honey Whiskey between us, Lauren and I sat in the dark at a picnic table until we finally gave in to sleep.


Did I mention there is a helicopter in this story?  Because there is.

Early Monday morning we showed up at the PG&E office and wandered out to the helicopter pad.  I was confused at first, because all I saw was clearly a child's toy.  Nonetheless, the four of us piled into the craft and took off on our tour.  I could go on and on about that helicopter ride, so here are some pictures instead: 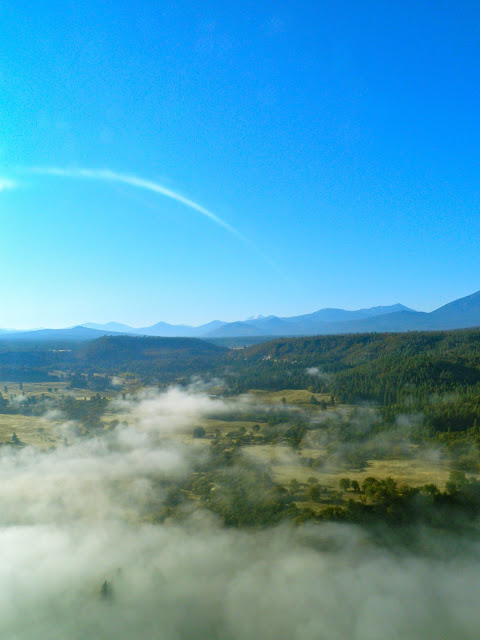 Fog clearing from the valley 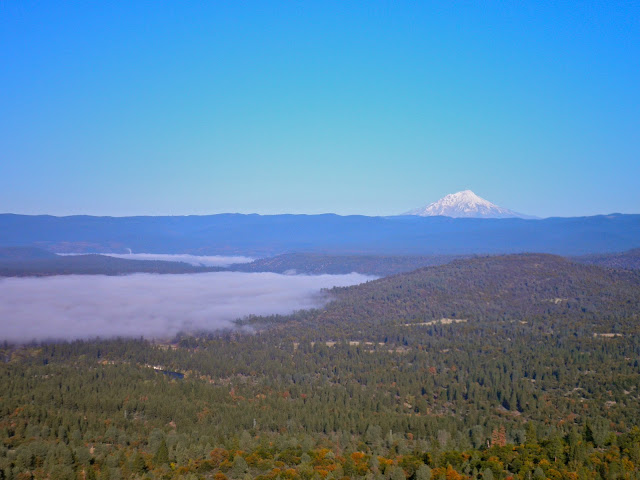 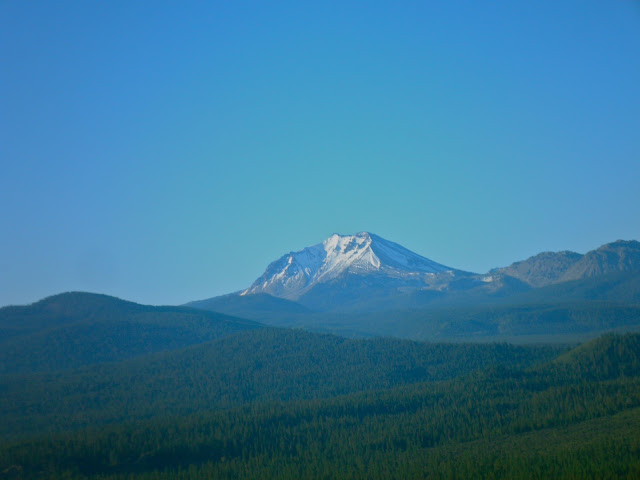 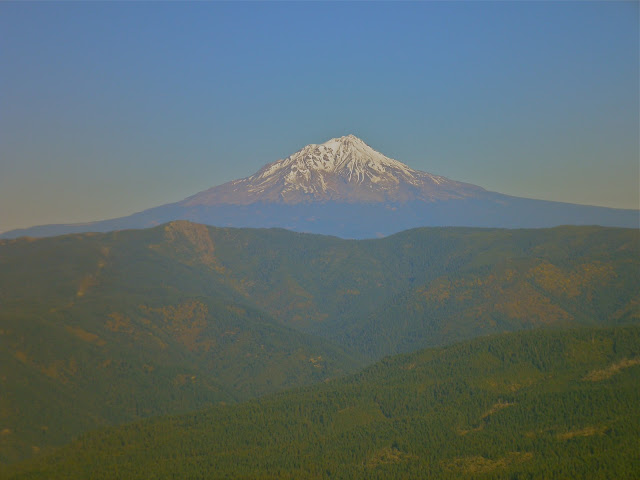 After the flight we spent the rest of the day looking at faults in the nearby Diatomite mine. 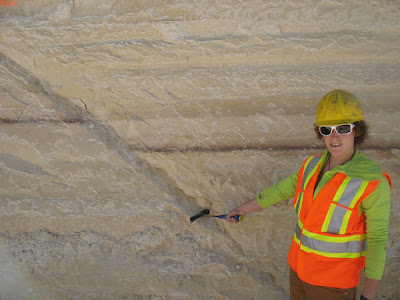 Around dinner time, we began the drive back to Eugene.  There wasn't a cloud in the sky and the fall color seemed to have doubled since the trip down.  We stopped on the side of the road to frolic and, more specifically, take some last minute pictures. 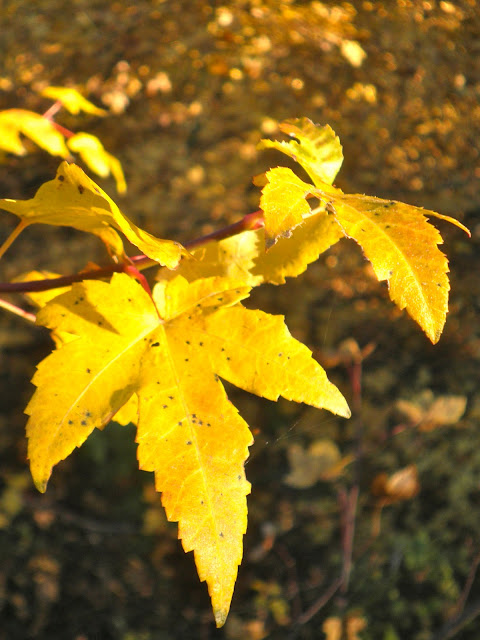 The sun set while we drove and peaks gave way to rolling Oregon hills.  As we neared Eugene, fingers of fog began to creep stealthily across the road.
Posted by Katie Paulson at 12:17 AM