"So do we need a wilderness permit or anything?"
"Nahh, there ain't no wilderness up there."
"What is the bear situation like?"
"Well there's bears everywhere!"

The large man at the ranger station had the top few buttons of his shirt unbuttoned, revealing a crop of grey hair.  He had just been outside smoking a cigarette when we pulled up, completely unaware that he was, indeed, the ranger.  Apparently we could camp anywhere, the streams all had water in them, and we didn't need to report where we were going with any authorities.  It was like no ranger station experience I had ever had before.

Lauren and I were on the way to her field area in Northern California to map an alleged anticline.  We had flown over the area last fall to scope it out and there looked to be some good outcrops along Mushroom Rock and the adjoining ridge in the forest southeast of Mt Shasta.  The plan was to drive as far as we could, then backpack in and map for a few days.  We figured we would be close enough to the car to make a food run after two days and save ourselves some weight.

That afternoon, Lauren's Corolla gingerly wound it's way up rocky logging roads.  The scene alternated between dry forest and bare scars full of woody piles of trash.  We drove as far as the car could make it, packed up our bags and continued up the road on foot.  After a little ways we came to the Pacific Crest Trail and continued on that.  Within minutes we turned a corner to see Shasta looming ahead of us. 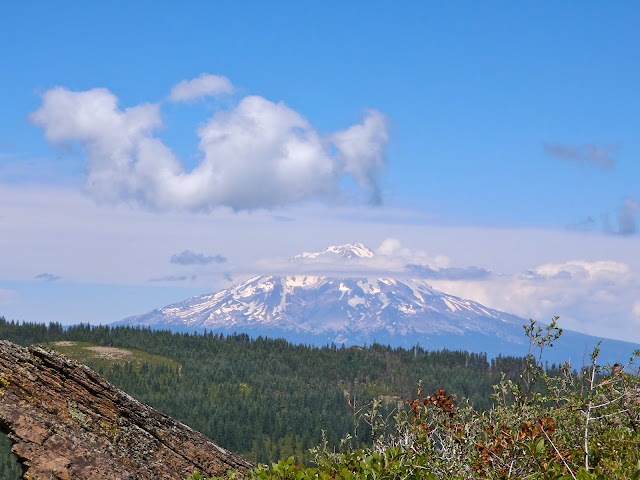 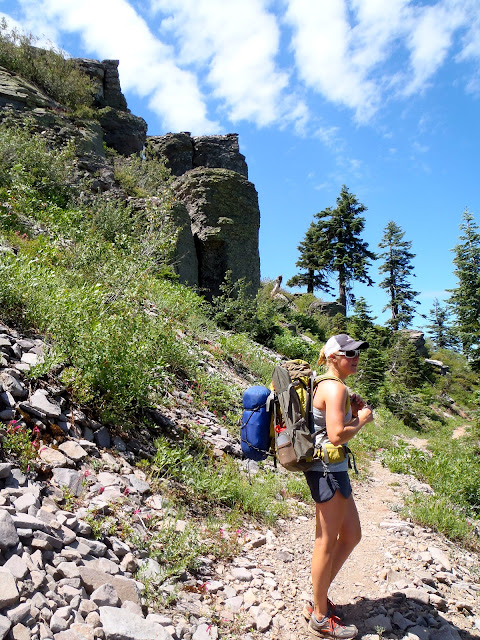 One we had hiked to where we wanted to camp, the options were sparse.  From the trail we just barely caught a glimpse of a bare patch of ground on a ledge below us.  We had to pick our way through sharp bushes to reach it, but it was probably the best spot in the whole area.  The only drawback? No water. 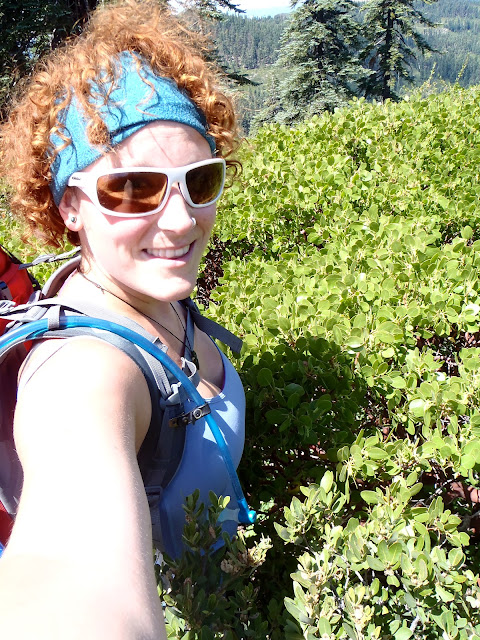 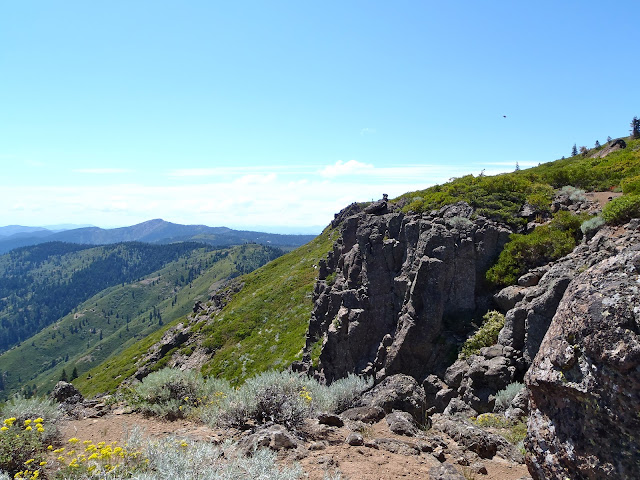 The view from our campsite. 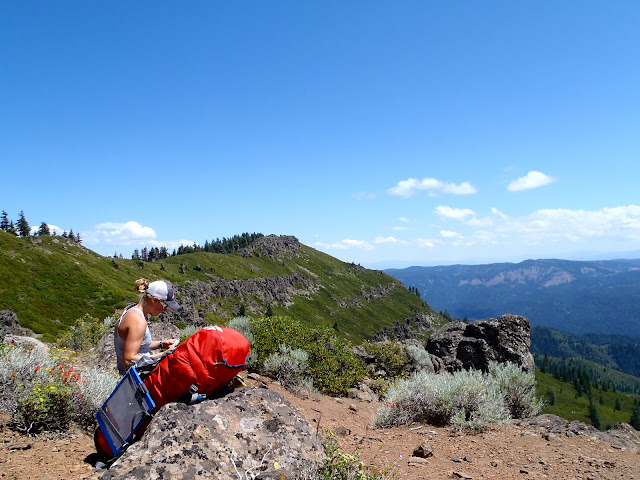 We explored around for a couple hours, scoping out where we might be able to map the next day.  Much to our dismay, what looked like gentle green meadows from the air were actually dense, malicious bushes often taller than us.  We also found no water near our campsite; so after dinner we ventured off to find "Deer Springs" which was shown on the map.  There were no springs.  We walked further down a forest road towards an enticing blue line on our maps.  Once we heard the sound of running water we ran straight for it, completely missing an open patch of creek and forcing ourselves to crash through a maze of limbs and vines. 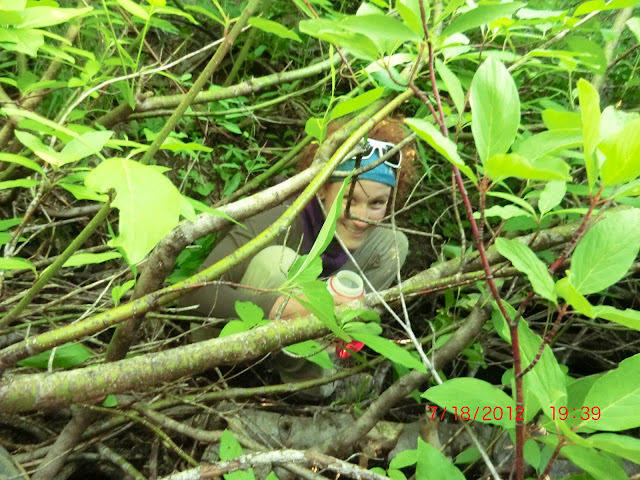 The next day we spent hours slowly crawling through bushes, trying to make our way to outcrops.  It was tedious and kind of painful, but so unusual and unlike anything either of us had done before.  We still had a great time. 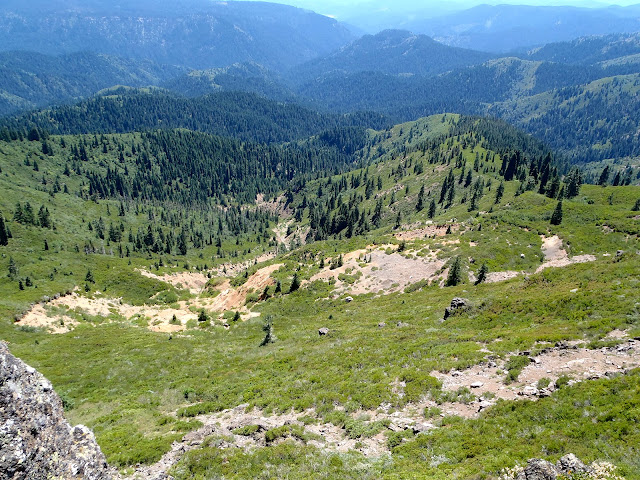 A landslide scarp from above 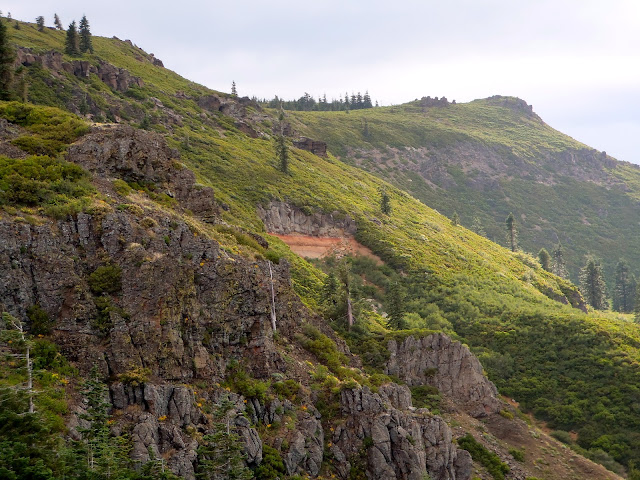 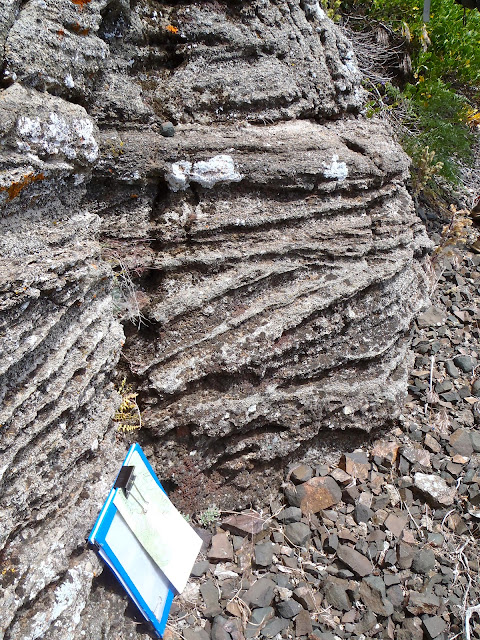 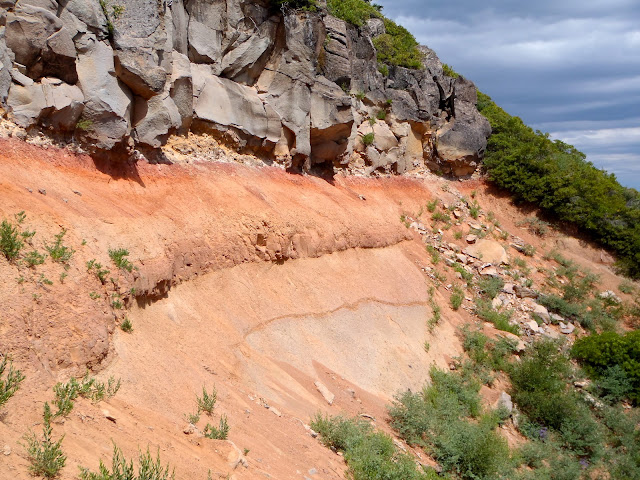 An hour of shwhacking got us here. 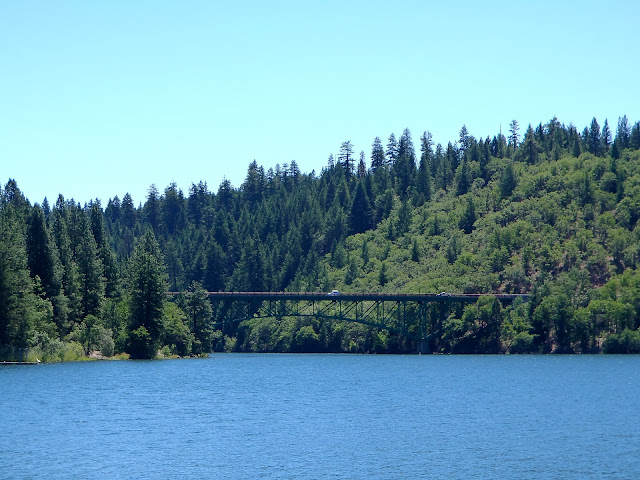 Taking it easy at lake Briton

As I have to leave for the airport in 30 minutes, here are some pictures from the rest of the trip. 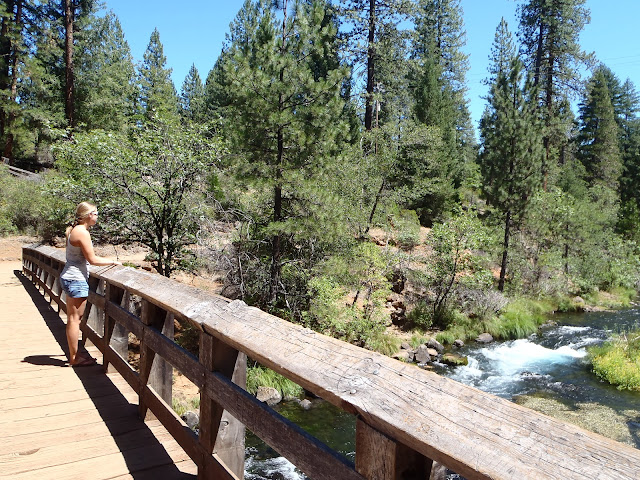 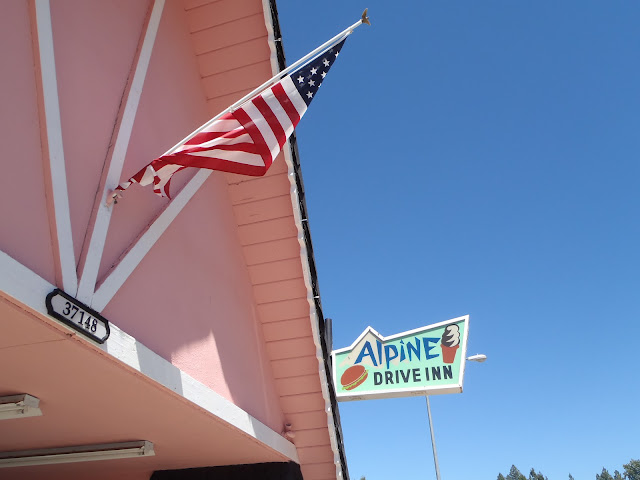 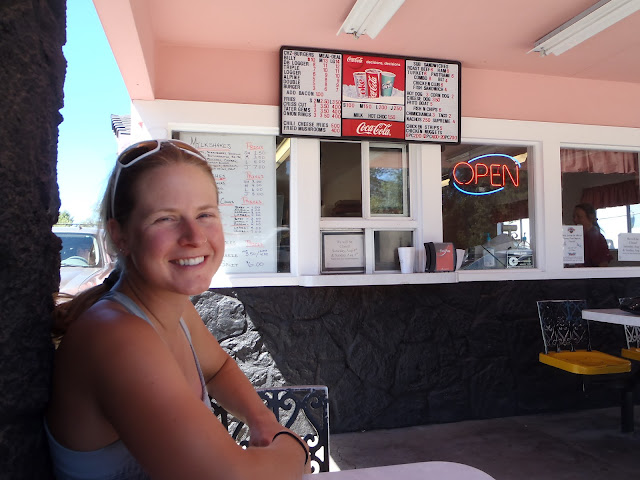 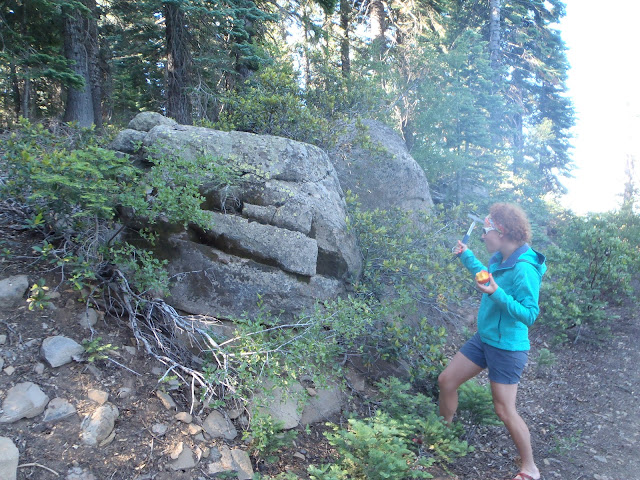 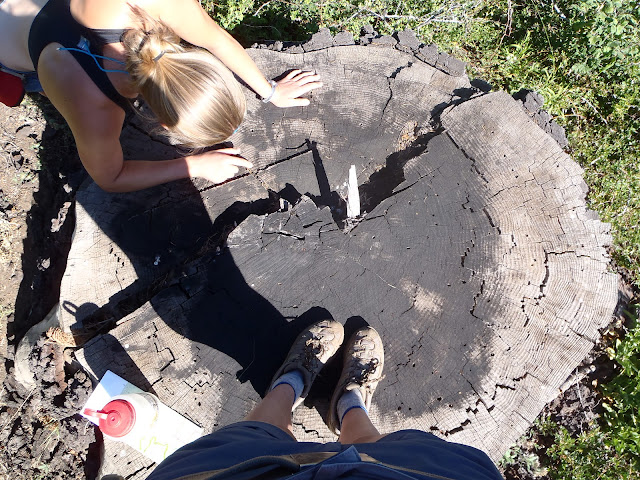 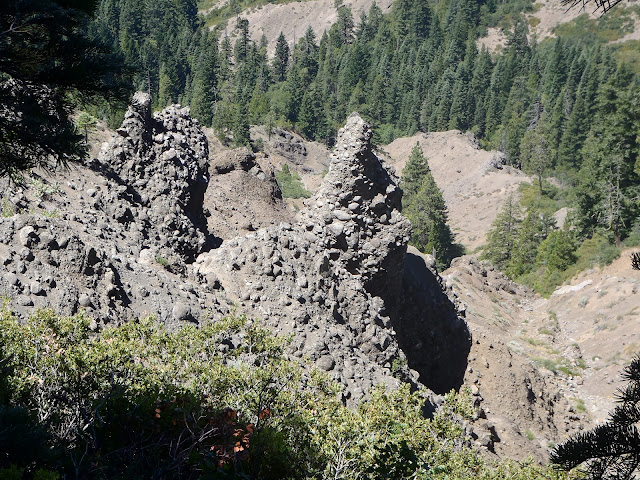 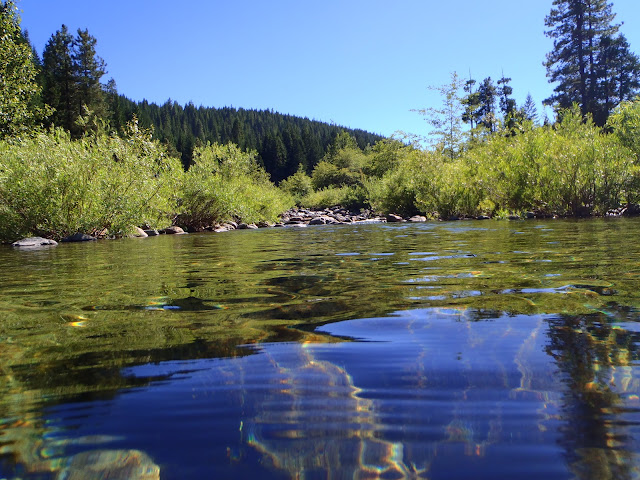 Posted by Katie Paulson at 4:45 AM